Ten Feelgood Stories That Made Us Smile in Farringdon During Lockdown

Three months is a long time when you’re in lockdown. In this three-minute read, we look back at some of the feelgood stories and snippets that cheered us up during this extraordinary period. 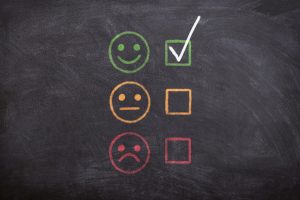 Clapping for the NHS

We Brits are usually quite reserved, so it was quite something to see so many people out on the streets clapping, cheering, and banging saucepans for the NHS. The first Clap for Carers took place on Thursday, March 26. It went on to become a regular fixture at 8 pm every Thursday for ten weeks.

In early April zookeepers at Ocean Park Zoo, Hong Kong, excitedly revealed that after ten years of “trial and learning”, resident pandas Ying Ying and Le Le had finally mated. The notoriously shy creatures did the deed while the zoo was closed to the public. Staff now hope to hear the pitter-patter of little panda paws later this year.

Captain Tom Moore won the nation’s heart by walking 100 laps of his garden in mid-April to raise £37 million for the NHS. The Army veteran was later made an honorary Colonel and knighted for his efforts. In a sign of just how much he captured the public’s imagination, the all-around true gent received 150,000 birthday cards when he turned 100 on April 30.

Making something of a situation

We marvelled at the crafty types who rallied during the height of the PPE shortage and made all manner of useful items. A network of sewers called Scrub Hubs created hospital scrubs for NHS staff. Meanwhile, a group of 3D printer owners formed the 3D Crowd and made thousands of face masks for GPs, pharmacists, and paramedics. Blue Peter eat your heart out.

Down to earth volunteers

While we might have been in lockdown, nature wasn’t – leaving a Scottish environmental charity in a quandary. Trees for Life had 100,000 trees, all grown from seed in its Dundreggan nursery, ready for spring planting. But with the workforce out of action, this had to be put on hold, leaving the native plants at risk of drying out and dying. That was until six people volunteered to isolate together on the remote Glenmoriston Estate to look after the trees.

We felt for supermarket worker Mandy Hamling, who had to postpone her wedding due to Covid-19. Thankfully when she turned up to work at Asda in Leckwith, Cardiff, on what should have been her wedding day, her colleagues made one almighty fuss of her. They presented her with a veil and sash and cheered her on as she walked down the (supermarket) aisle to Chapel of Love. Nice work guys.

Thumbs up to the mystery man who washed the windows of 700 properties in Great Yarmouth, Norfolk, for free. Apparently “Scott” wanted to do his bit for the local area by sprucing it up a little bit.

To keep busy while staying at home many of us turned to listening to the radio, getting out on our bikes, and doing the odd jigsaw. During the lockdown, listening figures for the BBC rose by 18%, cycling rose by 200% (on weekends), and demand for jigsaw puzzles rose by 43%. Let’s hope the enthusiasm for these activities doesn’t wane too much now that the shops are open, and the Premier League is back in action.

It’s been heartening to see, so many people across the country pull together to help those who are less fortunate. In one small part of north-west London, for example, charity Mutual Aid Willesden provided aid for 1,687 households over 12 weeks. This was delivered by way of parcels of food and other essentials, and books and toys. Fantastic work, but what’s even more amazing is there are thousands of similar groups out there making a difference. That’s true community spirit.

The power of kindness

New research from Harvard University has found that the benefits of volunteering are far-reaching. As well as strengthening communities it helps protect against loneliness, depression, and ill health. A study of 13,000 people over 50 found that those who volunteered for two hours a week had a reduced risk of death, less chance of developing a physical impairment and a greater overall sense of well-being.

The past few months have been unprecedented, and surreal at times, but we’re still standing and positive about the future.

Remember at AW Childs we’re here to help and proud to serve the people of Farringdon.